U10’s Game Report by Carley Duggan Hard game for the U10’s today but a good one to watch!? Little Owen Thrum got the piglets off?to a flying start, breaking through the defence and almost scoring – next time Owen, next time 🙂 Kane Davis earned a well deserved try – well done Kane. Rennie Falconer was?a stand out in my eyes!? He didn’t?stop trying, using his strength to drive through the defence over and over again, running down players and showing some great tackling technique, and even came away with a fabulous try today – awesome work Rennie!? Rory McGregor had a great first game with some big runs and some big tackles, he will be one to watch this year.? Zach Bortoli shone today?having a great all-round game?and as a result, earned player of the day!? The little U10s tried hard and are improving with each game.? They have loads of potential so will be fun watching them develop through the season!? Well done Coach and?well done?Piglets! 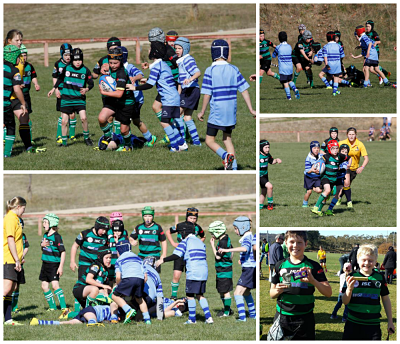 Another glorious sunny home game for the Under 11 piglets this week against Easts. Despite being short of players a great game of rugby was played by everyone, proving that there is no “I” in team. This week saw Angus Falconer at half back, with the assistance of the backs Patrick Broe, Jackson Connelly, Thomas Old, Chelsea Williams and Josh Williams provided some enterprising attack. Byron Thake and Jackson Bucknell providing a great platform along with the forwards of Zac Williams, Riley Black and Brock Freeburn. Thank you to Riley Duggan, Rennie Falconer and Joseph Connelly filling the bench for us. Points scored this week were Patrick Broe 2 trys and 2 conversions, Zac Williams 2trys, Thomas Old and Byron Thake 1 try and Brock Freeburn with 2 conversions. First win of the season 38-20. Well done boys and girls on your win. A big thanks to fill in coaches Nick Elliott, Steven Old and Tristan Hamilton. Coaches Choice went to Byron Thake and Player of the Day went to Chelsea Williams. Go the mighty Piglets! 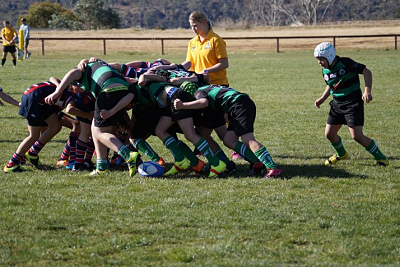 Gutsy win in first trip to cast. The Jindabyne Bushpigs have continued their strong start to the season with a 62-21 win over Batemans Bay Boars at the bay. The Bushpigs headed to Batemans Bay for the first round of the coastal games. The new amalgamated competition severely under strength with only 14 players. Hoever, used to adversity the group took it as a challenge and opportunity to work for themselves and each other. The Boars opened the scoring with a fine back line played however that’s where it seemed to dry up for the home side. Jindabyne immediately hit back through a measured cross field kick by captain Jake Roarty to find Rob Morris in the corner. From here the flood gates opened with Jindabynes back line producing some scintillating rugby with strong carries from Liam Pepper and Craig Dickson in the centres. The most pleasing try however came from the most structured play of Jindabynes seasons with excellent forward play marching the Pigs 40m down field before Matthew Caldwell pierced the defense for 1 of his 3 tries. The Bushpigs forwards, despite only having seven in the pack took the game by the scruff of the neck in the second half led by Dirk Wilkens who returned to his best form since a horrific injury last season and Lyndsey Barkley who had his best game of the season with a high work rate and strong carries. Dave Akkersdyk once again took on a huge workload with carry after carry which the rest of the forwards fed off and set an excellent platform for the backs to dominate with slick hands and outsanding support play from Dickson in particular. The forwards also began to take on the backs lead and superb line breaks from Wilkens and props Isaac Maw and Steve Rompannen sealing what was an excellent day for the Pigs eventually running out 62-21 winners in the end. Players Player was Dirk Wilkens, 3 points to Issac Maw, 2 points to Wilkens and 1 point to Jerome Waitohi. The Bushpigs have a bye and the representative round to come before returning to John Conners Oval on the 13th June for their charity round to raise funds for the New Jindabyne Playground. Pictures Attached of Game. 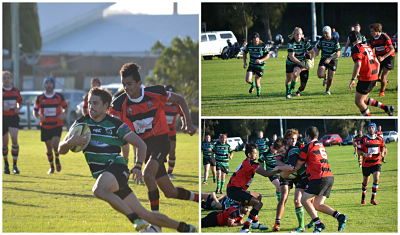